Kenneth Kee might not be a tournament player, but the strategy he utilized in the Triton Hold’em events in Jeju was astonishingly precise. Kee has been by far the most impressive player in the newly emerging game of short deck poker, and the results reflect it. Kee conquered the HK$1 million event, topping a field of 60 entries for a mammoth payday of HK$22,500,000, more than $2.86 million.

“IT’S A SUPER NEW GAME. PEOPLE HAVEN’T FIGURED EVERYTHING OUT YET.”

What made Kee’s run through the tournament special was his ability to maneuver his stack without suffering huge chip swings. With the high variance the game brings, some may think that the straight-forward approach should be paying off. Kee, however, offered a different way to perceive the dynamics.

“Maybe you should not gamble in some spots where you would normally gamble in cash games. It’s similar to no-limit hold’em tournaments,” Kee said. But he also added that the general tournament strategy isn’t too different from cash games. “It’s a super new game. People haven’t figured everything out yet.”

Kee seems to be naturally talented for the game, but he also puts in a lot of hard work to prepare himself for the battles on the big stage. “I watched a lot of tapes and then every time they made a move, I tried to think ‘why did they limp here?’ or ‘why did they shove here?’ Then I picked a few things which I liked and added them into my game.” 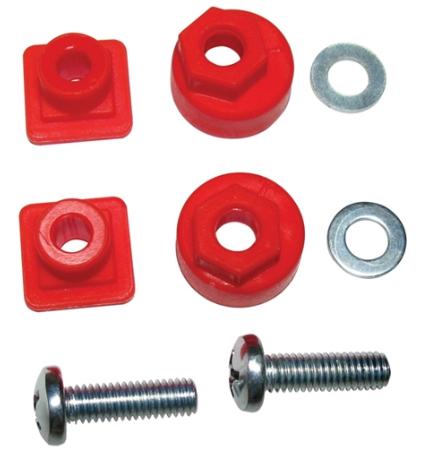 He also said that he discusses strategy with some of his friends whom he considers to belong to the top-shelf short deck players in the world. “We still have a bit of differences,” Kee revealed and expanded on his statement. “I believe that some people have figured out what’s slightly more GTO in short deck. But it might not necessarily mean that it’s the best move in the long run. Every situation is different; every player is different.”

“KNOWING GTO IS ONE THING, BUT APPLYING IT TO SPECIFIC SITUATIONS; THAT’S THE KEY IN POKER I THINK.”

Kee is trying to balance between GTO and an exploitative approach. “Knowing GTO is one thing, but applying it to specific situations; that’s the key in poker I think,” he said. “You have to have good fundamentals. If you don’t, you’re going to lose in a long run if you’re only going to make exploits. You’re mathematically bound to lose. So I suggest doing a mix.”

That was something he showcased in the HK$1 million tournament here, mainly in the short-handed play on the final table. He came back holding the chip lead with Richard Yong not far behind. Cary Katz was the shortest stack with 25 button-antes when play resumed. “I was doing a mix of limping and raising. I was raising more when Cary was getting really short.”

Katz would make it to the heads-up as Yong quickly lost half of his stack with two pair against Kee’s superior two pair. Only a paired board saved Yong from losing all the money in the hand, but Kee got the rest of the chips anyway, getting to the final duel not only with more experience than his final opponent but also with a giant chip-advantage.

“Cary Katz just started playing short deck, so I feel that I have an edge post-flop,” Kee said. That proved to be the case when Kee pulled off a big bluff, forcing Katz to bet-fold aces on the river of a paired board which saw a club flush draw and a straight fill up on the final street.

Kee turned his top pair of kings into a bluff, blocking flushes and straight with a ten of clubs. “That was the key blocker. He check-called the flop, and then he decides to bet pretty hugely on the turn. I don’t really like this spot, but I don’t think I can fold this. Plus I have a couple of cards I could use to bluff,” Kee explained his thought process.

“I’M NOT EVEN SURE IF WHAT I’M DOING IS PERFECTLY RIGHT.”

When Katz led out again, and Kee knew it was the right time to go for the bluff. “He bets this river, and this doesn’t make any sense at all. If he has ten-jack, why would he bluff the nine on the turn. It’s so weird. He almost has no flushes. And I don’t think he has a straight, given the line he took,” Kee said.

Playing at a casino for real money gives you the opportunity to win actual cash and enjoy countless online casino games safely and from the comfort of your home. You also have the. Online Casino Games for Real Money New players are often bamboozled by the vast range of casino games on offer and how to play and win them. We’ve created game-specific pages on. Online casino win real money.

So Kee raised, Katz, folded, and Kee claimed the rest of the chips within the next hour or so. Katz couldn’t turn over the advantage and had to settle for second place, but it’s still a fantastic effort considering he just debuted in Triton Hold’em. Earning HK$13,920,000 ($1.8 million) the first time he explored the game, that’s an achievement Katz can be proud of.

Katz seemed to be picking up the mechanics of the game as the tournament progressed. And as the champion Kee noted, anybody can still come with a more advanced strategy to dominate the world of short deck poker.

“I’m not even sure if what I’m doing is perfectly right,” Kee said. For now, he’s the Triton Hold’em champion, having made it to the throne in Jeju. Kee confirmed that he’ll be back for some more Triton Hold’em tournament action in future.

Poker playing positions need to be understood. To be successful in flop games such as Texas Hold’em and Omaha you need to maximize the strength of your position and accept when the odds are stacked against you.

Here’s a rundown of the most common poker positions around a table dependent upon where you are seated.

This is in reference to where a player sits on a poker table. In the vast majority of cases your position is defined in relation to the dealer. It also defines whether you will be first or last to place your bet.

When you hear a player telling you that he has “position on you” they will be sitting on your left and will always act after you have made a play.

The reason the deal moves from player to player around the table is to give everyone an equal time in each of the positions. As will be understood below, there is no doubt that certain ones are far more advantageous than others.

The Button – Dealer (also classed as a LP)

In flop/community games such as Texas Hold’em being “on the button” is where everyone would like to stay! In terms of advantage it is the best position in poker.

After the flop the dealer always gets to act last in every round of betting for that game. Being in this situation means you have had the advantage of watching each player in the hand act before making your decision. This offers significant advantage and gives you leeway to play hands that are marginal.

In the vast majority of cases being in an early position refers to the 3 seats to the left of the dealer.

Quite the opposite of being “on the button”, EP is seen as the worst position at a poker table because these players must act first. The closer to the dealer you are the worse the EP because you do not have the knowledge of how others around the table will play their hands.

These positions are called:

• Small Blind – SB: 1st player to the left of the Button

In this position the player acts second to last during the opening round, but from then on must act first in each subsequent round. Because you are playing “blind” with stakes this is deemed as the worst poker table position.

You do have position on one player, but having to pay double the SB is not what you want. While you do get to act last pre-flop, this is still a long-term losing seat. The trick when in the BB position is to lose as little as possible!

• Under the Gun – UTG: Directly left of the BB

The term refers to the pressure you are under in this position. This is because you have to act first before the flop in such games as Omaha and Hold’em.

This position indicates the 3 players to the left of the last EP. It is not the best spot nor the worst. A player gets to see how those in the EP act, but have a few players who follow. While it does allow you to play a little looser, caution is still the name of the game.

Late position – LP: The dealer and the 2 seats directly to their right

The dealer and the 2 players to their right have the best position in a poker game. It means they have insight into how the hand is progressing and puts them in a strong situation in terms of deciding to call, bet, raise or fold. This is because those in the LP have already seen how the majority of players have acted.

Equally, if no bet has been placed in a round, players in LP can claim the pot by betting. This is termed as “the betting position”.

We have already explained “the Button” (dealer), here are the other two LP:

• The Cutoff – CO: Directly to the dealer’s right

In the Cutoff seat, you can afford to be more adventurous. By raising aggressively from this spot, you can force the button to fold. Such a play means you are looking to “buy the button”.

• The Hijack – Directly to the Cutoff’s right

This seat got its name due to the fact that Button & Cutoff steals are so common. The term was coined because the position gave rise to “hijacking” the 2 later seat’s action through stealing the blinds before them.

Know where you seat and produce more profit!

Study each situation you are in during games and make a note of success or otherwise. By understanding the risks and benefits of each you will be in a far stronger position to take those much-desired pots.