Egyptian Rat Screw is a matching card game for three or more players. The ERS card game involves the titular slapping action that happens once a certain condition is achieved, which shows its influence from games such as Slapjack and other more action-oriented card games. How to Play Egyptian Rat Screw? 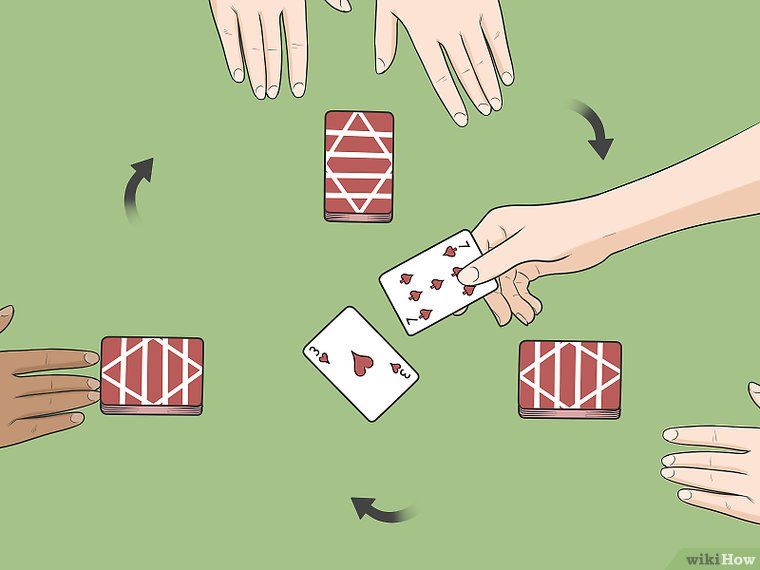 In this guide, we will refer to the game as ERS

The deck is shuffled at the start of the game and each player is dealt an equal number of cards. The cards for each player are kept face down.

Play occurs in clockwise order. The objective is to win all of the cards in the deck.

Players take turns flipping cards from their pile onto a pile in the center of the table without looking at the card as it is being flipped.

There are two categories of cards (suits are irrelevant):

If a player puts down a normal card, nothing happens and it becomes the next player's turn

The number of attempts allotted for each special card is as follows:

Let us assume we have two players Alice and Bob

These rules are what change this game from one of chance to one of skill.

Players can win the pile of cards in the middle if the slap the pile when one of the following conditions is met:

Players can slap the pile at any time, so it does not have to be their turn.

If a player slaps the center pile when none of the slapping conditions are met then they must burn a card (i.e. place their top card under the bottom of the center pile)

The game ends once one player collects all of the cards.

The nickname ERS is a common misconception, but is solid enough to stand. The actual name of the game is Egyptian Rat's Crew, commonly slurred together into Egyptian Ratscrew. Thus the abbreviation SHOULD be ERC, but ERS is used by all.

ERS is generally played with 2 to 6 players. More players can make the game more interesting, but two-player duels can be just as exciting. After a full shuffle, the entire deck is dealt out to all players in as close to equal measure as possible. Players then pick up their stack of cards and hold it in one hand without looking at it. Gameplay may begin with any player.

There are many ways to help your deck of cards grow: